** This event is sold out. Waitlist and onsite registration will not be offered. **

Join ULI Colorado for a Valentine’s day breakfast conversation with Laura Aldrete, new head of Denver’s Department of Community Planning and Development. Learn about her goals and priorities, and engage in group discussion about current city issues and opportunities, moderated by ULI Colorado’s Chair, Mike Zoellner of ZF Properties.

Networking, light breakfast, and good conversation. This is a members only gathering, limited to 65 attendees.

view map Will open in a new window 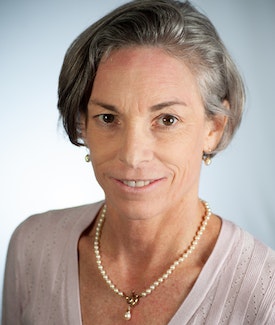 Born and raised in Denver and the first Latina appointed to the executive director position, Aldrete formerly served as Senior Vice President for Real Estate at Denver International Airport. In this role, she has led the development and implementation of a real estate development strategy for 16,000 acres of aviation-owned land. Aldrete also established and built a Real Estate division within the Aviation agency, including governance policies and procedures and standard operating procedures. Prior to her role at Denver International Airport, Aldrete was a Senior Principal Planner for Matrix Design Group, responsible for successful execution of urban infill projects, including entitlement approval of Broadway Station, a 40-acre transit-oriented development site. She also served as the Denver Lead for PB PlaceMaking at Parsons Brinckerhoff/WSP, providing project management and technical urban strategies to public and private sector clients on redevelopment and transit-oriented development projects in cities across the United States. From 2004 to 2007, Aldrete served as the Assistant Director for the Denver Urban Renewal Authority, providing oversight to the Housing Department and land use planning and urban design guidance on proposed and existing DURA urban renewal projects, including the federally funded Housing Rehabilitation Program. From 2000 to 2004, she was the Mayor's Office Project Manager for Stapleton Redevelopment managing the policy and technical issues critical to the planning, design and development of a 4,700-acre sustainable mixed-use community at the former Stapleton International Airport. As project manager, she also directed the Parks and Recreation Master Plan, coordinated annual budgeting and approval of public infrastructure. Aldrete was Planning Board Vice Chair for City and County of Denver (2005-2012) and is a member of the Urban Revitalization Product Council for the Urban Land Institute (ULI), and has served on the ULI Colorado Executive Committee, as Chair of the Colorado ULI Technical Advisory Panel for Superior, CO and Louisville, CO, and Advisor to the Colorado ULI Technical Advisory Panel for Denver Public Schools Surplus Property Assessment. She holds two Master of Arts, Urban and Regional Planning and Latin American Studies, from the University of California, Los Angeles.
View in Member Directory Will open in a new window

Be a part of the most influential real estate event of the year. Join thousands of leaders from every sector of the industry October 13-15, 2020.

Final presentation for the virtual Advisory Services Panel (vASP) focusing on climate and urban resilience issues in an area impacted by the 2019 tornado in Dallas, Texas.