Come meet Christine Benero, Executive Director of Mile High United Way! ULI Colorado’s Women’s Leadership Initiative is excited to continue our Leadership Connection Series into 2020. Please join us for the first one of the year, featuring a conversation with Christine Benero over happy hour at the offices of Mortenson Construction. Christine will embark on candid conversation regarding her personal journey and leading one of our most beloved and well-known non-profit organizations.

Christine is the former Chief Executive Officer of the American Red Cross Mile High Chapter, in Denver, Colorado. Prior to joining the American Red Cross, Christine was the Director of the Office of Public Liaison for the Corporation for National and Community Service in Washington, DC. She served in two Presidential administrations working for both Presidents Bill Clinton and George W. Bush. Christine has served as Vice President of the National Civic League, and as a Community Affairs Corporate Program Officer for Target Stores in Minneapolis, MN.

Christine serves on the Boards of HealthONE, National Domestic Violence Hotline, Denver Public Schools Foundation and Executives Partnering to Invest in Children. In 2017, she was appointed by Denver Mayor Michael Hancock to the Denver Education Compact Board. Christine was named the 9News Leader of the Year in 2007 and in 2009 was named by both the Rocky Mountain News and the Denver Post as one of “Nine to Watch in 2009.” In 2010 she was named a “Woman of Distinction” by the Girl Scouts of Colorado and in 2011 received the “Las Madrinas” award from Centro San Juan Diego. In 2012, Christine was honored nationally by Girl Scouts of America as one of “One Hundred Distinguished Alumni” in honor of Girl Scouts 100th birthday. In 2013, she was named one of the 25 Most Powerful Women in Denver by the Colorado Women’s Chamber of Commerce and presented with the Urban League’s “McKinley Harris Distinguished Warrior” award. In 2016 Christine was named one of the Denver Business Journal’s Outstanding Women in Business and in 2017 received the Colorado Governor’s Citizenship Medal for Public and Community Service by Governor John Hickenlooper. The Colorado Governors’ Citizenship Medal is one of the highest honors bestowed upon citizens and organizations of Colorado for their meritorious contributions to the strength and vitality of the state.  Most recently, was named a 2019 Most Admired CEO by the Denver Business Journal.

Christine is a past President of the Association of Junior Leagues International, a past chairman of the Women’s Foundation of Colorado, Coalition for America’s Children and the Kiwanis International’s Young Children: Priority One Advisory Board. She was a delegate both to the Presidents’ Summit for America’s Future in 1997 and to the NGO Forum at the UN Conference on Women in Beijing in 1995.

The Leadership Connection Series is a program offered through ULI Colorado’s Women’s Leadership Initiative (WLI) and provides opportunities for leading women in business to candidly share their career story, lessons learned and advice for future women leaders. Join this group to listen, learn and share.

Registration is $45 for members and $60 for non-members, limited to 40 attendees. Beer, wine, and appetizers are provided.

view map Will open in a new window 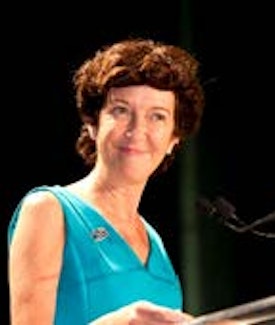