ULI members pride themselves in revitalizing declining communities. But too often the current residents and businesses of newly “hot” areas get left out or pushed out. This “winners and losers” scenario often affects Black and Brown people the most.

This program explores the historic precedents of racism in land use, the lingering effects today, and offers best practices and case studies in equitable development to help change the trajectory of our communities and future decision-making.

Speakers will share real projects and strategies to inform developers, land use professionals, policy makers, commercial lenders, and others on reducing harm and improving equity through our land use and development decisions.
ULI Colorado is offering scholarship/ financial assistance to attend this program, available upon request. Please email sarah.franklin@uli.org for more information. Thank you
Thank you to our Community Partners!

Prentiss Dantzler is an Assistant Professor in the Urban Studies Institute. His research focuses on : 1) racial capitalism and urban development processes, 2) housing assistance and neighborhood change, 3) the role of nonprofits in shaping gentrification narratives, and 4) equitable housing policies in local comprehensive planning. Prentiss’ research has appeared in academic journals as well as popular media outlets such as Blackademia, Shelterforce, The Conversation, and The Huffington Post. He has also received fellowships from professional organizations including The Institute for Research on Poverty Studies at the University of Wisconsin – Madison, The Association for Public Policy Analysis & Management and The Andrew W. Mellon Foundation. In the Fall of 2019, Prentiss served as a U.S. Fulbright Scholar in the Department of Sociology at the University of Toronto – St. George. Prior to joining the Urban Studies Institute, Prentiss was an Assistant Professor of Sociology at Colorado College.
View in Member Directory Will open in a new window 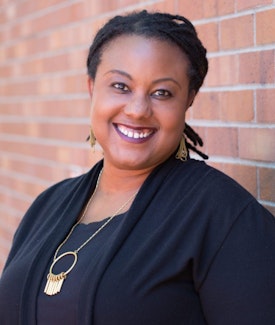 Erin Clark joined Urban Land Conservancy in September of 2018 and brings significant experience in redevelopment, planning, due diligence, and real estate financing, sale and acquisition, and leasing. As Vice President of Master Site Development, Erin leads efforts to create long term community benefits on large, multi-phased and multi-use sites throughout the Denver metro area, particularly in transit-oriented development areas. Erin is committed to seeing development of thoughtful and sustainable urban infill projects that promote walkability and community cohesion. A Denver native, Erin has worked in the fields of planning and development since 2001, starting with a role in real estate and affordable housing at the Lowry Redevelopment Authority. She later spent five years in the City of Pasadena, CA, as a planner in both long-range planning and economic development. There, she participated in the drafting and adoption of a citywide Recreation & Parks Master Plan, and also oversaw large commercial and institutional development projects. Immediately prior to joining ULC, Erin worked as a transactional real estate attorney and land use consultant in Denver and Boulder. She holds a bachelor’s degree in sociology from Brown University, a master’s degree in urban planning from the University of Southern California, and a law degree from the University of Wisconsin-Madison. Erin is a current member of the Denver Planning Board and the Real Estate Section Council of the Colorado Bar Association.
View in Member Directory Will open in a new window 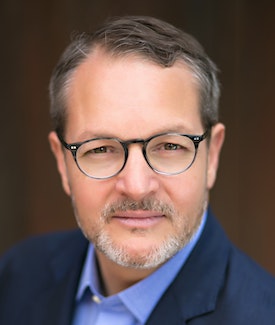 Mark Falcone founded Continuum Partners, LLC in Denver in 1997. Since its inception Continuum has successfully completed over $2 billion of development and established itself as a national leader of complex, mixed use urban infill projects. Prior to forming Continuum, Mark worked with The Rouse Company’s division of Office and Community Development in Baltimore, MD and served in several key roles in his family’s real estate development group, The Pioneer Companies. He graduated with a BA from Colgate University in 1985. Throughout his career Mark has been actively engaged in the dialog to advance more sustainable settlement patterns within his industry and amongst public policy makers. Over the years Mark has served in several volunteer leadership positions for the Nature Conservancy, a not for profit affordable housing developer and other various organizations focused on the issues and challenges of our built environment. Mark has also served on other boards including NEA’s Mayor’s Institute on City Design, Colgate University and the Bonfils Stanton Foundation. Currently Mark is a member of the University of Denver Board of Trustees, he serves as Vice – Chair of the Biennial of the Americas Board, is one of 2 Trustee Emeriti of the Museum of Contemporary Art/Denver and serves on the International Committee of the Tamayo Museum in Mexico City and the Whitney Museum’s National Committee. As chair of the Colorado Chapter of the Nature Conservancy, Mark led a statewide 50 million dollar campaign for the protection of several major landscapes, including a collection of ranches in Southern Colorado which now make up the Great Sand Dunes National Park. In 2004 he and his wife Ellen Bruss donated a piece of land to the Museum of Contemporary Art Denver which led to the construction of a new building by David Adjaye. Mark led the 16 million dollar capital campaign to fund the building. Mark is currently leading a new initiative between the Nature Conservancy and the Biennial of the Americas called the Youth Congress for Sustainable Americas. This new partnership is assembling a network of young citizen activists throughout Latin and North America to coordinate action across the hemisphere which will lead to measurable progress on Climate Action initiatives. The delegates include members from Mexico, Peru, Brazil, Columbia, Argentina, Uruguay, Chile, Cuba, Canada and the United States. Mark has two children. Sonya, graduated from Colgate University in 2012 and is currently getting her MBA at UCLA. Luke, graduated from Willamette University in 2015 and is getting his Masters in Architecture at SciArc. Mark is married to Ellen Bruss, founder and owner of EBD Design, a branding and graphic design firm.
View in Member Directory Will open in a new window Jose joined BuCu West in 2012, to lead the organization in its transition from a business association into an equity focused community development corporation. During his tenure, the organization has acquired two social enterprises, incubated over 300 new businesses, secured millions of dollars in public infrastructure improvements, and supported numerous community led initiatives, including re-establishing RTD route 4 along Morrison Road. He is committed to building a strong local economy based on local ownership, creating a supportive ecosystem for new business, asset based community development that integrates art and culture, and developing a competitive and a unique marketplace rooted in diversity in southwest Denver. Jose earned a Master’s Degree in Urban and Regional Planning from the University of Colorado at Denver, and a Bachelor’s of Science in Architecture from the University of Michigan Taubman College of Architecture and Urban Planning.
View in Member Directory Will open in a new window As a Denver native, Kim Desmond was raised in the Five Points neighborhood in Denver, Colorado where she graduated from Manual High School. Kim has over 15 years of experience in the non-profit and government sector within the field of diversity, inclusion, racial equity work, and early childhood development. Kim holds multiple degrees, including a Bachelor’s in Sociology from Fort Hays State University, Master’s in Community Counseling from Fort Hays State University, Master’s in Education Administration and Policy Studies from the University of Denver, and an Early Childhood Leadership certification from the University of Denver. She is currently the Director within the Mayor’s Office of Social Equity and Innovation, charged with operationalizing racial equity into local government programs, processes and policies by eliminating systemic racism. The key function of this office includes: 1) Policy and Operations: Improve policy, service delivery and equitable distribution of resources to ensure that priorities of equity are integrated in key programs, practice and processes. 2) Implementation: Support a variety of equity and inclusion initiatives by applying tools and training to normalize social justice practices across all city departments. 3) Learning and Development: Create a culturally responsive learning and development platform for all city departments to enhance the skills needed to address racial disparities. She serves on the Colorado Department of Public Health and Environment Health Equity Commission, Denver Public Schools Bond Oversight Committee, and Women’s Foundation of Colorado’s board as a trustee.
View in Member Directory Will open in a new window 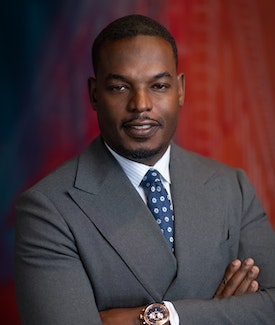 Haroun Cowans is part of the Five Points Development Corporation’s Chief Real Estate Officer. He brings to the team his extensive experience in community engagement, development, placemaking in urban environments and adaptive reuse. He is a proven entrepreneur founding, operating and divesting numerous times at a micro level. He has a combined 20+ years of experience in the real estate investment and financing industry. Haroun has been a resident for many years in Five Points and has watched it evolve “It’s a blessing to live, work and enjoy the neighborhood that holds such great heritage and culture. And it is an honor to continue to preserve and continue that rich legacy into our present day and future.” Haroun has a wealth of experience in the financial world. He began his career as a mortgage broker before moving into financial services at Merrill Lynch. At WAA Consulting he raised capital for startups and developed the relationships necessary to become a financial advisor for high net worth individuals and family offices at Waddell & Reed. Haroun managed two branches for a national commercial bank leading one branch from subpar to the top performing branch in the country. His greatest passion is his work as an associate pastor at Church in the City Beth Abraham. Haroun is also committed to giving back to the community. He lends his time to two Mayor Appointed Boards, the Denver Department of Human Services and the Denver Housing to Those Experiencing Homelessness. He also sits on the board of Historic Denver and the Denver Health Foundation. And he volunteers with the Denver Department of Human Services, Children’s Cabinet Subcommittee, Colorado Enterprise Fund, Denver African American Philanthropists, Impact Empowerment Group, Denver District Attorney Advisory Council, 5280 High School, Denver Health, and he was a participant in the Colorado Black Chamber of Commerce Chamber Connect class in 2008.
View in Member Directory Will open in a new window 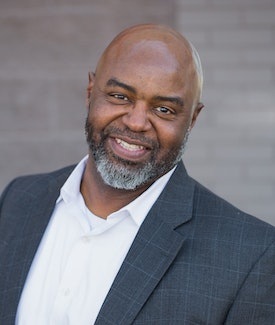 If you are interested in becoming a sponsor, please keep in touch .

This exclusive event which will take place virtually on December 2nd, 2020 will unpack the new realities of resilience during a pandemic, while examining the ways in which industry leaders can make informed decisions to further protect communities and investments from future climate risks.