The Leadership Connection Series is a program offered through ULI Colorado’s Women’s Leadership Initiative (WLI) and provides opportunities for leading women in business to candidly share their career story, lessons learned and advice for future women leaders. We invite you to join us for this virtual event featuring a conversation with President Joyce McConnell, who will embark on candid conversation regarding her personal and professional journey and what she has learned from first-hand experience.

Joyce McConnell is Colorado State University’s 15th president, the first woman to serve in that role. Like her, the story of how she ended up leading one of the nation’s premiere land-grant universities isn’t entirely what you might expect. Fresh out of high school in Maryland, Joyce wasn’t quite ready for college. Instead, she spent four years working sound for DC-area rock concerts. That gave her a front-row seat for some of the most transformative events of the era, including the March on Washington, Watergate and the Vietnam War protests. “You could really begin to understand your importance as a citizen,” she says.
When she decided it was time, Joyce headed to Washington state and Evergreen State College, where she got her B.A. Then she moved back east and earned her law degree at Antioch Law School. She was named a graduate teaching fellow at Georgetown University Law Center, where she earned her Master of Laws degree. It was there her passion for higher education really took hold. After faculty positions in New York and Maryland, she joined the West Virginia University College of Law faculty, and quickly rose to positions of leadership – appointed dean of the law college in 2008, then provost of the university in 2014.
A passionate learner and educator who cares deeply for people, Joyce is a tireless advocate for access, equity and inclusion and committed to the success of CSU and its land-grant mission. As she says, “We are in the business of transforming lives." 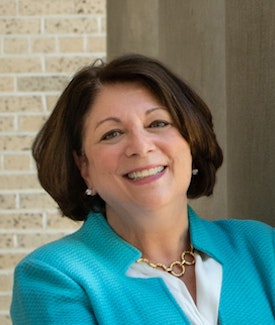